The ascending triangle pattern is most likely a bullish continuation pattern, although false breakouts are possible. As seen in the candlestick chart of RHPC above, this pattern is formed by the stock being unable to breakout from the previous high, hence creating a horizontal upper trendline. Meanwhile, each low is formed higher than the last, hence forming an upwards sloping lower trendline.

If each upswing has a higher volume than during the downwards consolidation, as in the case of RHPC here, the credibility of the pattern is further strengthened.

In RHPC’s stock chart, it seems that the stock has already broken out of the long-held resistance zone formed by consecutive highs. However, the stock has now entered the zone of confusion after breakout, as evident in the newly formed red candle. Nonetheless, the ascending pattern in RHPC is made by more than two short term highs and lows, and the volume is decisive at the point of breakout. All these are strong signals that the ascending triangle in RHPC might take the stock higher.

The ascending triangle pattern is a very handy pattern to trade on. This is because this pattern also gives profit targets and stop-loss cues. For instance, the profit target after the breakout is the heights of the widest part of the triangle. This is illustrated in the candlestick chart of RHPC above.

On the other hand, if the stock fails to maintain bullish optimism and falls instead, the breakout zone itself acts as the stop-loss. If the stock goes below this zone, the earlier breakout should be considered a false breakout and a trader should exit his positions. 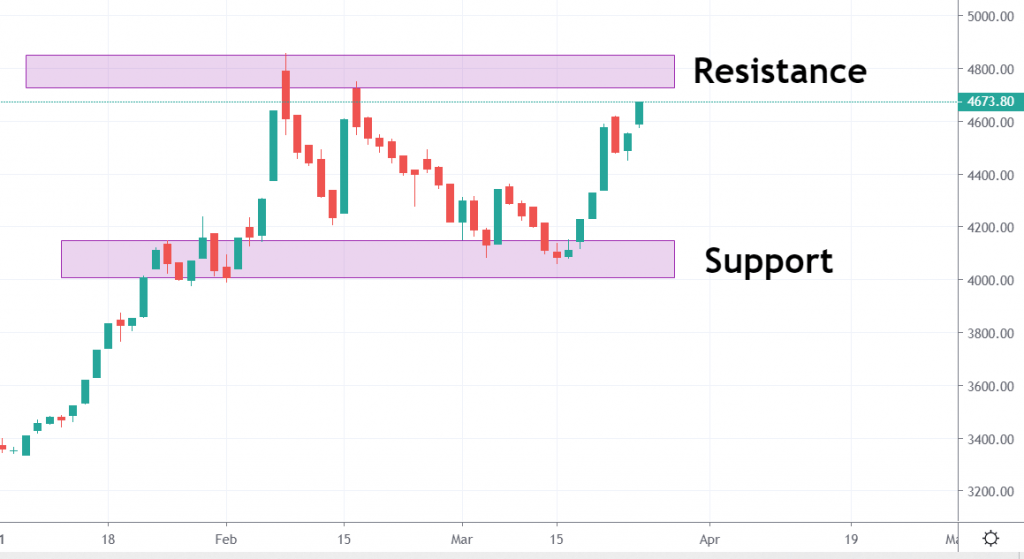 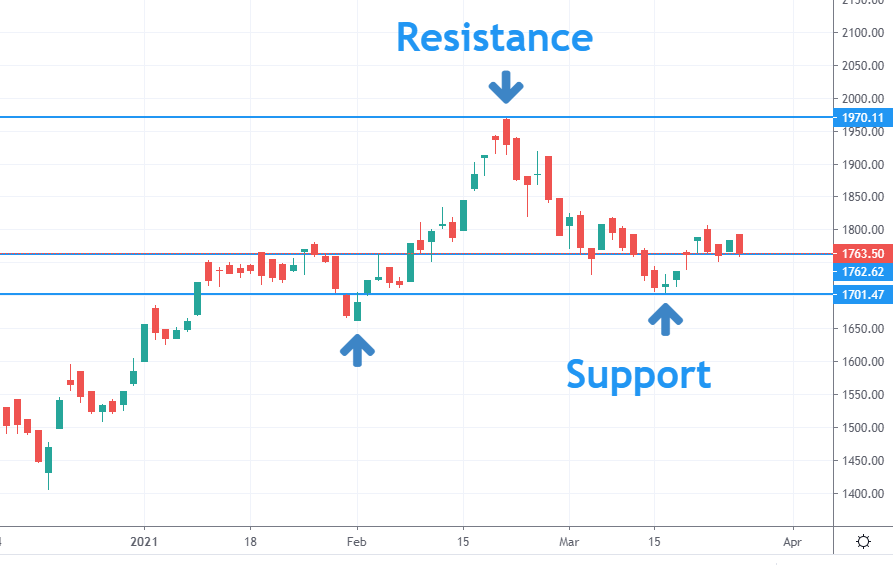