If you haven’t realized it yet, TikTok is a great platform to learn a lot of things in a short amount of time (maximum 1 minute to be precise). Love money, business, and entrepreneurship? There are a few people you must follow.

Related: 5 Things I learned from using TikTok since Last Month

They said Facebook was only for students, Instagram was for kids, and Linkedin was just for job searching.

Similarly, TikTok is going to be the next big thing. As social media today reported the statement of sensor tower, TikTok was the most downloaded social media app in September of last year (2019).

In the digital world of instant gratification, TikTok serves exactly what we want: maximum fun and content in limited time. Its intelligent algorithm studies the videos you watch and gives you exactly what you like to watch.

But you and I know this will change. Some have started to do a great job with this platform. Now, when I say this, I don’t want to see TikTok not being a fun platform. Of course, you have to add a bit of fun and uniqueness into the videos to rock and roll in TikTok. But at the same time, why not post something of value?

I got into TikTok only a few months ago, inspired by Gary Vee, CEO of Vaynermedia and VaynerSports among others. If you don’t know him, do a quick google search. One hell of a person, popular among teenagers, and uses the word ‘Fuck’ like toilet paper.

In fact, most of what I said above are his words.

As a worshipper of money and the process of making it, I immediately hit search on TikTok and discovered my people: those who uploaded content on business building, investing, and ways to make decent money (no scam).

If this is you, I have done the job for you and compiled a list of people you might want to hear from on TikTok if you also are into wealth building, entrepreneurship, marketing, and/or business.

Of course, the man himself.

Although he has built a great empire around himself, this guy’s no-bullshit talk is what fascinates me. He is the kind of person you’d want beside you, just to say that you suck and that you’ve gotta gather your shit up together.

Apart from uploading short clips of him speaking and bad-mouthing to a large audience, Gary Vee also posts videos of him scavenging items for cheap at garage sales and putting them on eBay for profit. Yes, such an impactful people doing that might sound weird, but he simply wants to show you that you literally have no excuse to say money can’t be earned. Also, he says he still does such garage flipping simply because he loves the process of struggling and making money, not money itself.

And his Tiktok account is all about that. Luis has a massive following of 25.9K the last time I checked.

And the value of his content justifies this. As of now, Luis has uploaded 18 videos under the title ‘Million Dollar Idea.” The videos are what they say they are about: business ideas that have the potential to help a lot of people and hence profit massively.

My favorite of these videos is the Million Dollar Idea #6: A restaurant with tablets (an electronic gadget) on every table instead of tables. You can see the menu from the device, order the food, and even pay from these electronic devices. Everyone gets the food based on the first-order, first-serve basis.

Apart from posting the million-dollar ideas, he also posts videos of a slightly different type under the title “Crazy Futuristic Idea.” In these videos, he provides interesting insights into the future of the human world and tries to figure out how the world might function.

My personal favorite is the latest Crazy Futuristic Idea #7: Car horns will disappear. Since all vehicles will be automatic, the speed and traffic rules will be automated by a watchdog. Thus, drivers will no longer have to blow deafening horns for the other vehicle to hurry up. Wait a minute, there will be no drivers in the cars either!

It looks like he chose to not use his name in his TikTok profile. But that isn’t a problem since his username fairly summarizes what his account is about.

Nevertheless, a few of the videos he posts are equivalent to gold and are suitable for everyone. A few examples are videos that bust the biggest lies society tells you about money and the misconceptions that even older people have about wealth-building.

Moreover, he is also one of those who have realized that saving money in a bank is a no-brainer. Yes, banks give you interest rates, but by the time you double your money in a bank, inflation and price of stuff will have trebled and quadrupled.

My favorite video of him is titled “4 Habits that will make you a millionaire.” The habits are:

a) You gotta read more. (Those who read 7 or more books a year are 122% more likely to become a millionaire.)

b) You gotta start hanging out with achievers. (We become the average of the five people we spend the most time with.)

d) Start investing instead of saving. (You are actually losing your money in a savings account because inflation and price of goods increase faster than interest rates. In fact, the interest rate is decreasing.)

According to one of his videos, @joeparys was a teacher five years ago. He says he had no freedom, money, and was unhappy. He then claims that he is living his dream at the present, living life to the fullest, and earning more money than ever before.

How did he do all this? Joe started an online course a few years back and now that source of income (along with many others, probably) earns him money even while he sleeps.

The quote that apparently changed his life is:

“Get your money to work for you as hard as you work for it.” Napoleon Hill

As he advises, the fastest way to earn more money and be successful is to read a lot of books. The reason why I think he is telling the truth is that his videos are mostly clips of him referring to books like Rich Dad Poor Dad, Think and Grow Rich, and The Secret.

It looks like he has read them all and succeeded. Try it yourself too. Nobody ever regretted reading good books!

As he likes to put it simply, “You can do it too!”

Also Popular: These 3 Books Guarantee You Will Never Be Poor In Life

His bio reads: Teaching kids about money in the classroom and on TikTok.

It has only been so long that I followed him. His videos are clips of him teaching with a giant whiteboard on the wall. Basically, he is your high school teacher. But unlike real high school teachers, he is much cooler and has exciting and important things to say.

Mr. Cole yells when talking to you in most of his videos. My favorite of his videos is the one where he answers to a comment. Apparently, somebody asked why he yelled in his videos.

His videos revolve around saving, investing, real estate, and the difference all these insignificant actions can lead you with time.

Although he has uploaded only 31 videos so far, his 18.5K followers prove that he is doing a great job. Follow him so he can yell at you too!

Jaime’s videos mostly revolve around social media marketing, since he has apparently earned his way up doing that very thing.

Let’s be honest here: almost all the businesses have understood the value of advertising on social media platforms. They all have realized that a Facebook ad is a lot better than a billboard beside the road and much cheaper.

However, not everybody can publish ads on Facebook and Instagram. If you are a teenager or a youth, you probably are familiar with the popular social media platforms like these. Thus, you naturally know what people like and what they don’t like to see on these platforms.

Well, if you have a credit card to make payments online, you can certainly boost a few posts and publish campaigns to collect leads online. Even if you don’t know how to do these things, what you have over a business is a lot of time to learn and start from scratch.

How do I find people like these on TikTok?

Hit the search button and type your field of interest!

If you love investing, search “investing,” “stocks,” “FOREX,” or other keywords related to this topic. After I was influenced by Gary Vee to get into TikTok for good, I did exactly that to discover the people above. Of course, I started by following Gary Vee first. 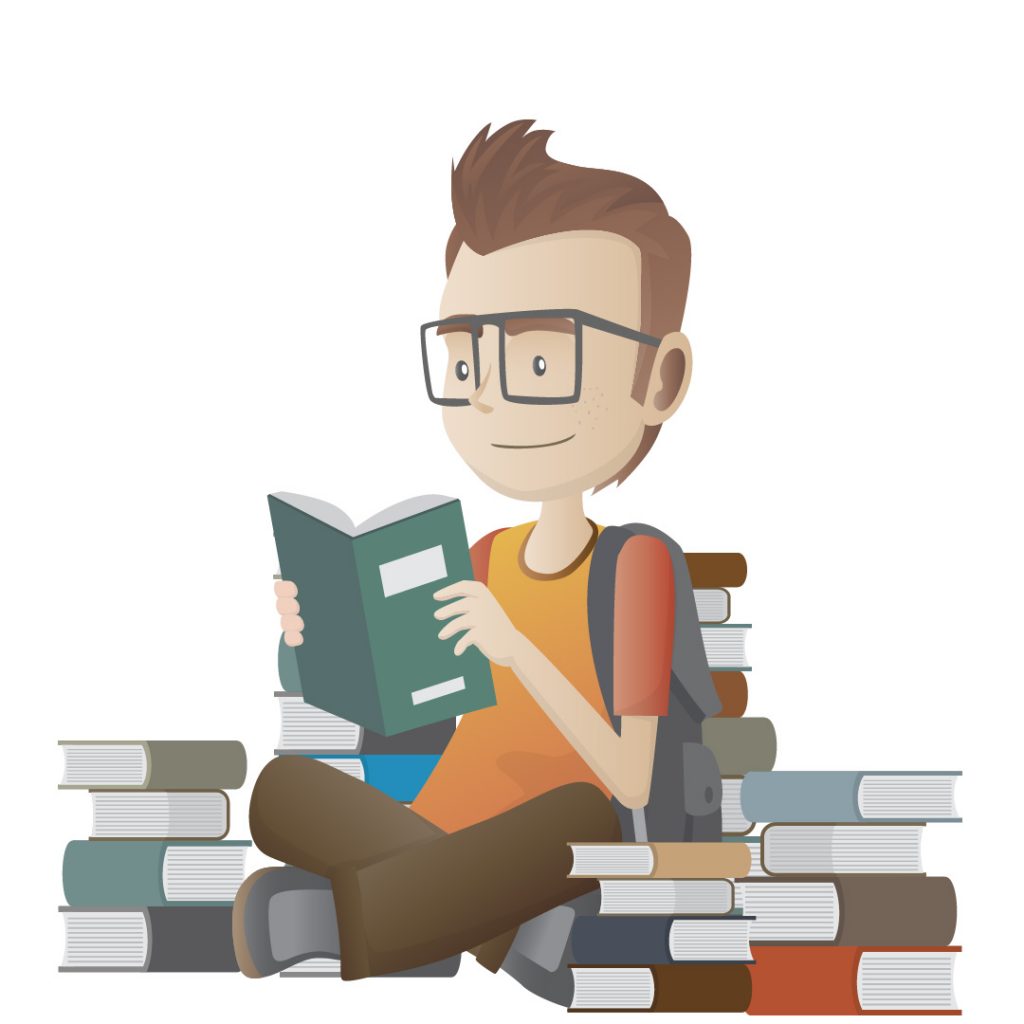 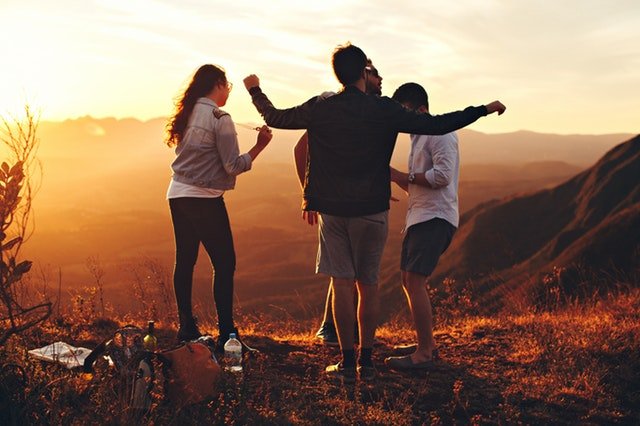